Wooden fences are by far the most common type of residential fences used, due to their low cost and natural appearance, as well as the ease at which they can be painted or stained to create a specific look on your property. However, like every other type of fencing material, weather exposure and age can cause all sorts of stress for your wooden fence, undermining its structural integrity and making it less effective at fulfilling its function as a sealed perimeter in your yard. Understanding some of the warning signs associated with wear and age on your wooden fence can help you determine when you should begin to consider replacing your fence entirely.

One of the most common signs of water damage, which can affect wooden fences that have not been properly stained or treated, is warped fence boards. You'll be able to see severely warped boards with a visual inspection, as they will literally twist their way free of the screws holding them in place and will stick out from the fence itself. However, you can catch warping early by checking the screws holding the boards in place: if they are exposed and beginning to pull away from the fence's supports, you'll likely have to replace that board. If the entire fence is like that, you may want to think about replacing the entire affected section.

Another sign that your wooden fence has begun to reach the end of its lifespan is if you notice signs of wood rot. This is another common sign of water damage and will take the point of discolored or rough looking sections of your fencing boards. Rotting wood will be soft and spongy to the touch, and will easily fall apart if touched with enough pressure. Rot can quickly spread throughout your fence, so replacing the entire thing or the affected section relatively soon is of the utmost importance.

While it may seem counterintuitive or even dimwitted to check a wooden fence for rust, you should do so at the start of every spring or summer season. Your fence's connections, like the screws, brackets, and nails that hold it together, are not immune to rust and can begin to deteriorate with enough age and water exposure. If these connections are able to corrode entirely and break, the structural integrity of your fence is at risk, and entire sections may collapse as a result. Catch rust early and replace the screws to ensure that you won't have to replace the entire thing later on after it falls apart. 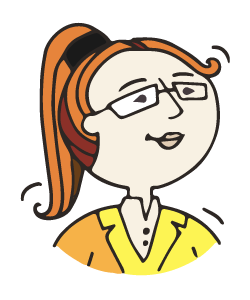 When was the last time you looked at your yard? Although many people focus on creating gorgeous outdoors spaces, there are some things that can be really difficult to do. For instance, I used to focus exclusively on landscaping in my yard, but I found that it was difficult to keep up with things if I didn't also take care of the yard. I wanted to start a little website that centered around landscaping each and every day, so I decided to make my own blog. Check out all kinds of awesome advice on this website that could make your day a little brighter.